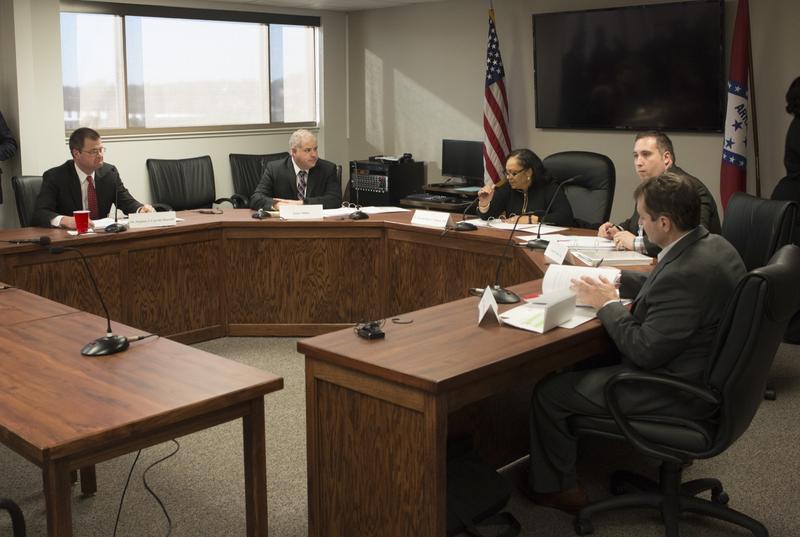 The meeting started with a discussion from Arkansas Beverage Control (ABC) regarding “procurement procedures”, how they evaluate and score vendors wanting liquor licenses.  If any vendors protest the results, they’re re-evaluated by a different set of evaluators.  Continued protests are brought before the Director of Procurement Ed Armstrong.

Joel DePippa, Senior Counsel for the Department on Finance a Administration, gave a legislative update.  HB 1026 allows an extension of the implementation of the medical marijuana amendment and HB 1058 regarding how a physician writes a certification for a medical marijuana card.  Both bills were passed.  There are over a dozen other pending bills.  Some regarding administrative procedures.  Some notable are HB 1400 prohibits smoking medical marijuana in any location in Arkansas, SB 254 repeals the provision concerning the ability of a dispensary to grow marijuana, SB 238 delays implementation until the effective date of the legalization of marijuana in the United States and the state of Arkansas (lacks support) and HB1392 which bans the use of medical marijuana in food and drink except in certain circumstances.  Commissioner Roman suggested if HB 1400 and HB 1392 are approved how else could it be ingested.  “Rectally”?

In other discussion, the ABC is working on a seed-to-sale tracking system which prohibits dispensaries from acquiring marijuana from anyone but a cultivation facility.

Next meeting Tuesday, Feb 7 at 4PM.